The Educational Legacy of St. Ignatius of Loyola 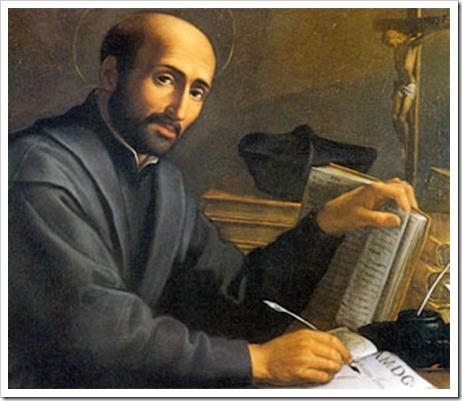 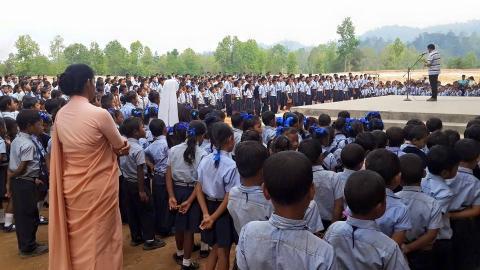 Why is Ignatius Loyola placed with educators from Socrates to Dewey as one of the world's great innovators of education? After his famous conversion at Manresa, he gathered around him an energetic band of well educated men who desired nothing more than to help others find God in their lives.

It was Ignatius' original plan that they be roving missionaries like Francis Xavier who would preach and administer the sacraments wherever there was the hope of accomplishing the greater good. When, however, hundreds of young men joined his new religious order Ignatius had to provide for their education. He started schools for them but also admitted non-Jesuit students at a time when theology rarely got beyond the seminaries. It soon became clear to Ignatius that these schools offered the greatest possible service to the church. He quickly realized how critical changes in a whole society could come through education, so he revised his original plan and became an enthusiastic champion of systematic education.

From the very beginning these Jesuit schools became one of the most influential exponents of Catholic reform, and this novel Jesuit enterprise was later called "a rebirth of the infant church." But this would hardly convince institutions from the Sorbonne to Columbia University to engrave "Loyola" on their walls. So again, what was his particular contribution to education? Ignatius realized that education was not an end in itself but rather a means to lead the student to care about other human beings. The genius and innovation he brought to education came from his Spiritual Exercises whose object is to free a person from predispositions and biases, thus enabling one to make free choices. Based on the premise that people who are free enough to say reality is good will recognize their own goodness and will live happy and fulfilled lives. The goals of Jesuit education have always been to offer this means to become a person of choice, thus inviting students to be more concerned about fellow human beings.

Ignatius infused this goal into the existing pattern of humanistic education which included appreciation of the arts, grammar to learn how to read, rhetoric to express oneself, mathematics and logic to enable one to think. He then fashioned these into an orderly process and the norms of instruction, known as the Ratio Studiorum, were soon formulated by his successors. This plan of studies established certain basic characteristics for the Jesuit program which included a respect for the varying capacities of students. This order was quite different from the confusion Ignatius as a student had experienced at Alcalá and the chaos of the contemporary schools with optional courses and infrequent classes. The organizational genius of Ignatius and his followers, focusing on the individual, stabilized classical studies and gave them a popularity which even Erasmus was not able to achieve.

In the last nine years of his life, Ignatius opened 33 schools. Within a century 300 Jesuit colleges dotted Catholic Europe in "one of the great extensions and consolidations of Renaissance humanism." His innovations were perpetuated by his followers so that two centuries later Jesuits operated 740 Jesuit schools and taught in eleven other state schools. Jesuits were called the schoolmasters of Europe during these centuries, not only because of their own schools but also for their pre-eminence as scholars and for the thousands of textbooks they composed. Christopher Clavius, S.J., for example, whom Descartes and Leibniz acknowledged as a source of their inspiration wrote a standard geometry text used throughout Europe. Today there are 90 Jesuit colleges in 27 countries. Here in the United States the 28 Jesuit colleges have over a million living graduates. There are also 430 Jesuit high schools in 55 countries (46 are here in the U.S.) In these schools the Ignatian system of values have attracted exceptionally competent faculty as well as highly qualified students. They form a Jesuit network in that they pursue the same goals described above. Jesuit College graduates are expected to have made mature commitments to values and should have acquired the self-discipline to live by these values. They should tolerate diversity of perspective and have a critical respect for their own cultural tradition. They should have developed competence in the skills of analysis, judgment and expression. They should be aware of their interdependence with their fellow men and women. They should know that theirs is a privileged position in a world where most people are poor and oppressed by the conditions they live in. They should be "men and women for others:" that is, the good things, material and spiritual, which they want for themselves they should want for others too. They should be able to see in their own lives signs of a transcendent life and means of access to it.

Jesuit education, which began in 1547, is still committed today to the service of faith, of which the promotion of justice is an absolute requirement. Because of this fact Jesuit educators have been a thorn in the side of tyrants for more than four centuries. One recent example is the murder by the El Salvador military of the six Jesuits who were determined to promote justice and to spread the Ignatian vision, teaching love and concern for others. This is, after all, the obligation of all educated, mature human beings.