Meritocracy, not mediocrity, is the way ahead: Lessons from Sundar Pichai's rise 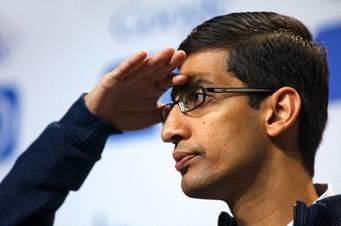 The elevation of Sundar Pichai to CEO of tech giant Google marks a triumph for four ideas we in India are uncomfortable with: giving meritocracy its due, allowing people to rise regardless of age, valuing diversity, and inviting talented immigrants to work for the country.

Stuck as we are to politically-driven social justice systems where quotas and reservations dominate the agendas of political parties and have become an end in themselves, we have paid inadequate attention to meritocracy. Any society that places such a low value on getting the right talent into the right job and giving him or her opportunities for growth will pay a huge price on several fronts – innovation being one of them.

Mediocrity, whether in government or in corporations or in academics, can provide only incremental gains for society. Multi-bagger gains come from promoting meritocracy.

It should thus come as no surprise that India has invented almost nothing since the humble “lota” of centuries ago, even while Indian techies dominate Silicon Valley’s startup culture, accounting for 15 percent of the total. Our belief in “jugaad” may be useful when resources are scarce, but “make-do” is a poor substitute for “make something new.”

Support for meritocracy, effective mentoring, and an ability to discriminate in favour of talent (as opposed to just seniority and age) is vital for innovation.

Consider Sundar Pichai (the name is actually a shortened version of his original name Sundararajan Pichai). He joined Google in 2004, and in 11 years he is holding the top job at age 43. It is difficult to visualise any Indian company giving this kind of opportunity to a talented foreigner. To be sure, we do have the occasional foreign talent heading Indian companies (the Tata group has some examples in this area), but the cases are few and far between as most Indian companies tend to be family-dominated or narrowly based in terms of their talent pool. And the talent we get from abroad is usually past its prime. 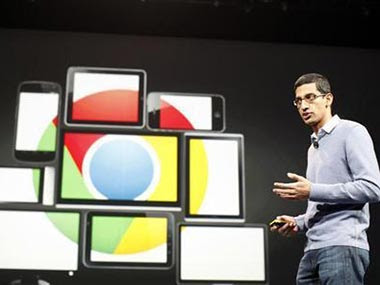 Even Infosys, our home-grown tech pioneer in offshoring, fell into the trap of giving the founders first right of refusal to the CEO’s job till bad performance and a changing operating environment finally forced them to get new blood in the form of a Vishal Sikka last year.

A Satya Nadella would have been languishing at some middle-level position in an Indian tech company if he had sought to make his career here, but at 46 he made it to the top at Microsoft as CEO in early 2014, a successor to Steve Ballmer.

Sundar Pichai was also not made by accident. Before he became CEO, he worked closely with CEO Larry Page, and played major roles in creating the Google Toolbar, the browser Chrome, and in managing the growth of Android, the world’s largest mobile phone operating system. Page did not hand over his job to Pichai because he liked the guy. He watched Pichai’s progress from close quarters, and after handing him one assignment after another, decided that he was the man to take over his own job. Page wrote in his Google blog yesterday (10 August): “I have been spending quite a bit of time with Sundar, helping him and the company in any way I can, and I will of course continue to do that. Google itself is also making all sorts of new products, and I know Sundar will always be focused on innovation - continuing to stretch boundaries. I know he deeply cares that we can continue to make big strides on our core mission to organise the world's information.”

Note the degree of supervision and support Page gave Pichai. He also wrote this about Pichai: “Sundar has been saying the things I would have said (and sometimes better!) for quite some time now, and I’ve been tremendously enjoying our work together. He has really stepped up since October of last year, when he took on product and engineering responsibility for our Internet businesses. Sergey (Brin) and I have been super excited about his progress and dedication to the company. And it is clear to us and our board that it is time for Sundar to be CEO of Google. I feel very fortunate to have someone as talented as he is to run the slightly slimmed down Google and this frees up time for me to continue to scale our aspirations.”

Now, why wouldn’t a Pichai kill for such a strong vote of confidence, support and faith from the bosses of Google?

Unfortunately, the Indian DNA is about losing talent. India produces tech talent by the thousand, but still loses them by the hundred (if not the thousand) to Ivy League schools or tech companies in Silicon Valley. This is because we are unwilling or unable to give our talent the kind of support and mentoring, not to speak of challenge and opportunity, they need.

The recent incident, where IIT Roorkee had to expel 72 students for failing to make the grade, is instructive. Most students who get into IITs are, by definition, hard and talented workers. They would have spent years in coaching classes and worked hard to crack the IIT-JEE exams. The question is: why then would 72 of them fail to make the grade?

Answer: we fail to give them the support they actually need – or not enough of it - after they get into the institution. As this Indian Express story points out, “90 percent of the IIT-Roorkee students who were expelled were from reserved categories (SC, ST and OBC) and scored average to high ranks in their respective categories in the 2014 IIT-JEE (Advanced). Once on campus, however, several factors pull them back, prominent among them a lack of fluency in English.”

Consider the sheer loss of talent we face if students have to be turfed out not for lack of engineering talent, but lack of proficiency in English.

The problem is not the quotas themselves, but the assumption that quotas by themselves are enough. In fact, excessive dependence on quotas to deliver social justice does damage by, first, marking such students out as somehow untalented, and then ensuring their failure by not giving them the support they need to cope with the rigours of an IIT academic session. We have conveniently forgotten that quotas have to be supplemented by effective mentoring and help by mentors. Without this, quotas will become self-defeating and divisive. (Some IITs do this effectively, but not all).

One can be sure that the same thing is happening in other areas of reservations and quotas, where the successes are vastly outnumbered by failures due to the lack of mentoring, including in our government.

Quotas are useful only if they succeed in reducing the need for quotas, not if they end up perpetuating and extending it by promoting mediocrity and a sense of victimhood among the beneficiaries.

We need to learn how to do things right from the elevation of Pichai, a first-generation immigrant to the US who rose to the top because their system favours meritocracy even while encouraging affirmative action and social diversity in institutions and corporations.

For now, though, we should see Pichai’s and Nadella’s rise as slaps in the face of our mediocrity-driven culture.