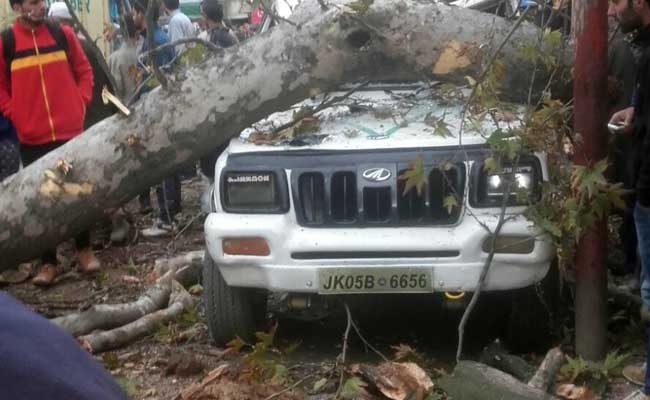 A strong earthquake measuring 7.7 on the Richter scale shook north India on Monday

A strong earthquake measuring 7.7 on the Richter scale shook north India a little after 2.30 pm on Monday. Massive tremors lasting almost a minute were reported in Delhi, Kashmir, Himachal Pradesh, Haryana and Punjab.

The US Geological Survey or USGS said the quake's epicentre was in the Hindu Kush region of Afghanistan.

Tremors that lasted about 40 seconds were also reported in Pakistan.

People rushed out of offices and homes as buildings shook in national capital Delhi. Metro services have been halted as a precautionary measure.

Phone and electricity lines are reportedly down in Jammu and Kashmir's capital, Srinagar.

In Chandigarh, video footage showed panicked people rushing out of offices. "As we rushed out, we saw cars shaking," said a man in Chandigarh.

Hundreds of people are still outside, fearing aftershocks.